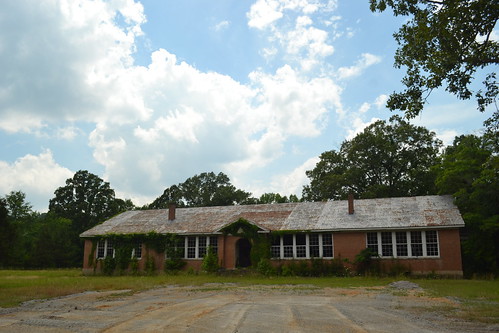 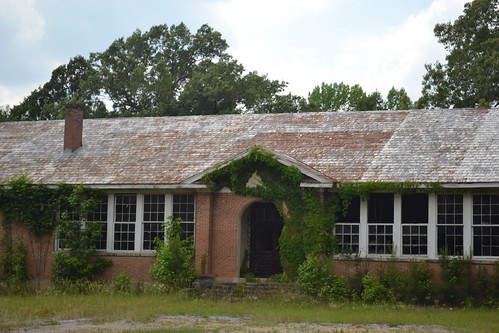 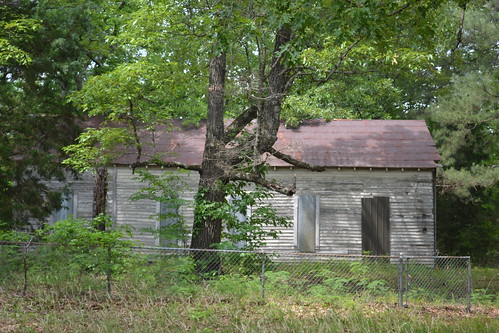 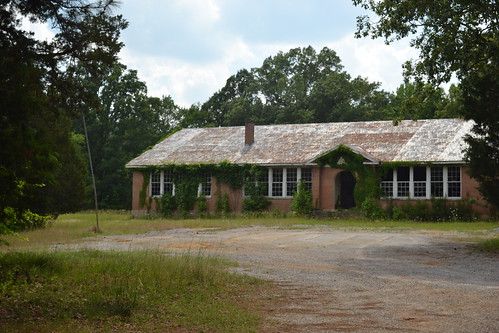 On the Saturday before Memorial Day, I had to play with a jazz group for a wedding in Pontotoc, Mississippi, and once it was over, I headed out for New Orleans for the holiday. As I was heading down Highway 15, I came to a town called Reform, Mississippi, or I should perhaps say a former town. Like most ghost towns in Mississippi, this place was still inhabited, but its community institutions, a church and school were rather spectacular ruins. Unfortunately the building that appeared to have been a church was fenced in and inaccessible for closer investigation, but I was able to get some decent photos of the school. The sheer number of abandoned schools one passes in Mississippi is truly disturbing. In the course of my drive on that afternoon, I passed an abandoned high school in Maben, an abandoned college in Mathiston, this abandoned school in Reform, and another abandoned college campus in Newton that has been turned into an institution for the mentally ill.