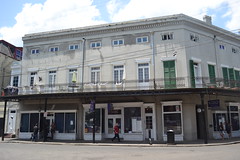 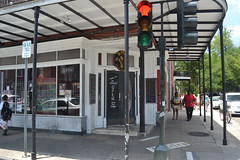 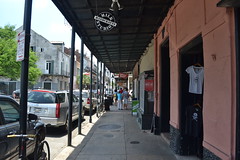 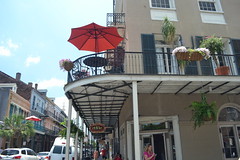 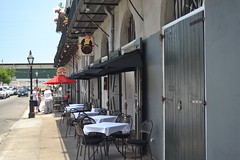 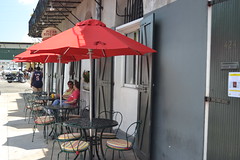 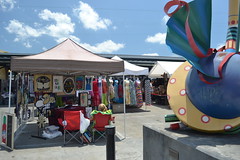 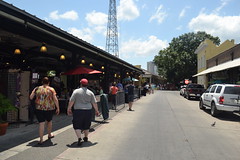 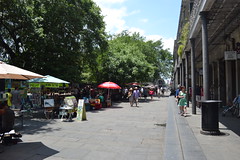 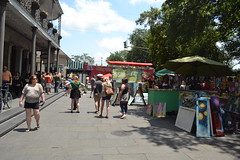 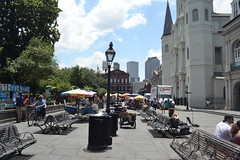 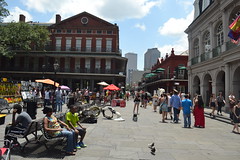 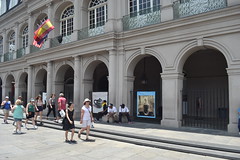 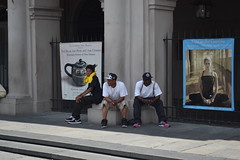 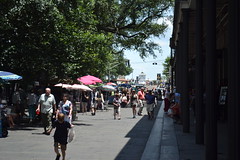 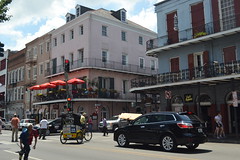 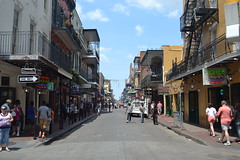 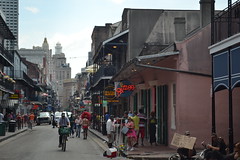 With no second-line, I spent the afternoon browsing in the French Market, and walking around the French Quarter. I was vaguely hoping to run into a brass band somewhere, but the city government has been discouraging that of late. A band had been playing in Jackson Square, but they had taken a break and left their instruments piled up on a park bench while they relaxed on the steps of the Cabildo nearby. The other spot where brass bands used to be common was at the corner of Bourbon Street and Canal next to the Foot Locker, which had been a sort of proving ground for new young bands, but the city has fenced the whole area off, on the pretext that bricks have been falling from the nearby building, so bands can no longer play there. In reality, the city had suppressed the brass bands there before the area was fenced off. So I did some shopping at a couple of book stores, and then started walking back east toward where I had parked my car on elysian Fields.