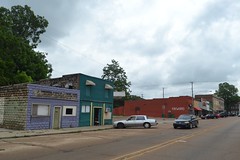 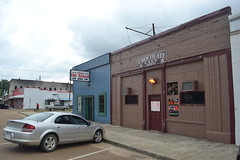 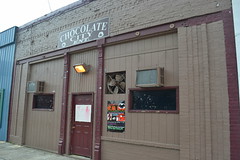 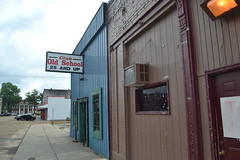 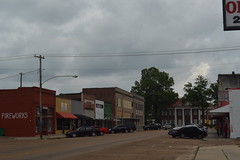 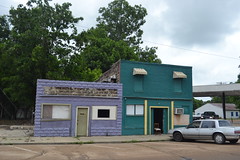 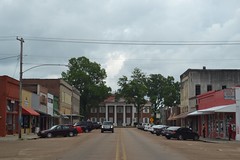 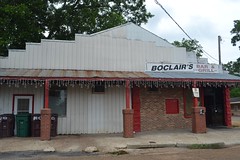 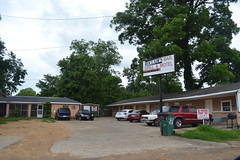 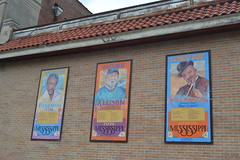 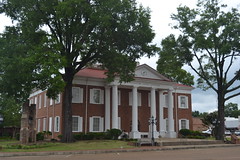 My homeboy Travis McFetridge, the owner of Great South Bay Music publishing firm, was down from New York City for an event sponsored by the Memphis chapter of The Recording Academy in Jackson, Mississippi, so we decided to drive down through the Delta on Wednesday June 11, and I decided to go backroads so that he would see a different Mississippi than that offered by I-55. Once we left the interstate, the first town we came to was Charleston, Mississippi, a town that I had been to only once before, and which is one of Tallahatchie County’s two county seats (the other is Sumner). Charleston has the traditional courthouse square that is typical of so many Mississippi towns, but what was more interesting was the painted mural honoring three legends from Tallahatchie County, actor Morgan Freeman, jazz musician Mose Allison and blues musician Sonny Boy Williamson. The town also has some interesting-looking clubs and jukes, which suggests it might be worthy of a deeper investigation on a future trip.