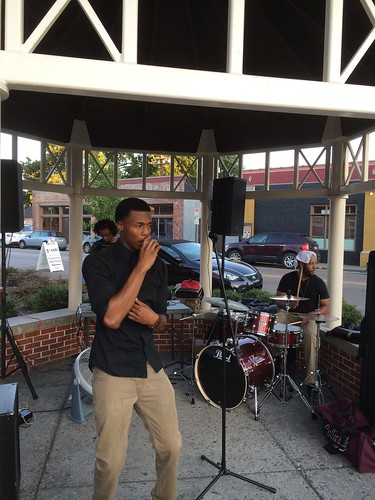 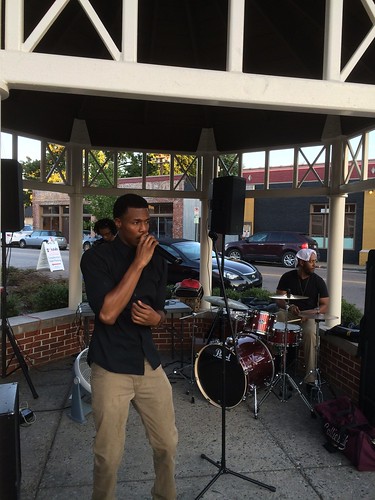 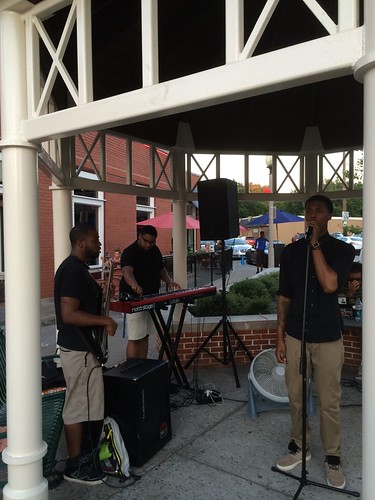 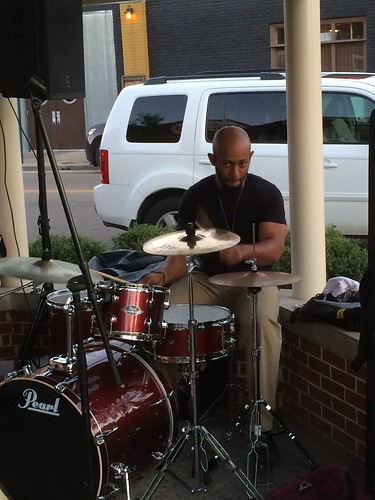 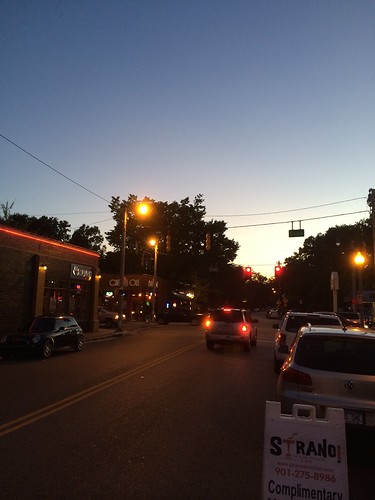 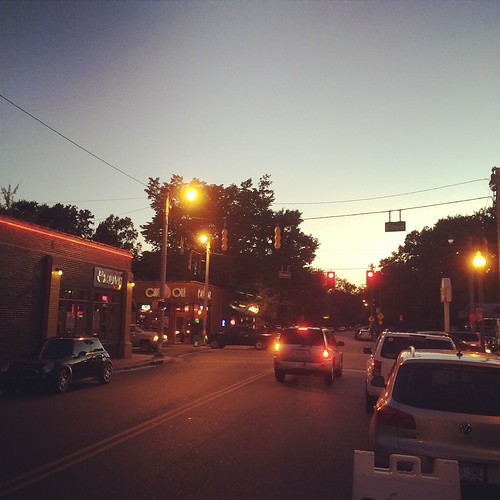 The Cooper-Young Gazebo in front of Strano Sicilian Kitchen has seen a lot more live music activity this summer than in past years, and a great deal of it has been neo-soul, which is a refreshing change. Whereas music at the gazebo last summer was largely restricted to Thursday nights, this summer has seen live music pop up there on Tuesdays and Wednesdays as well as Thursdays. The other night, when I was enjoying an outdoor deck dinner at the Slider Inn, I saw a tweet that indicated that Memphis neo-sooul singer Apollo Mighty was performing at the gazebo in Cooper-Young, so as soon as I was finished eating, I headed straight over there. I had heard Apollo Mighty once before, at a Memfix party in South Memphis, but there he had been by himself, performing without his band. On this particular night, he had the full band, including his drummer, who recently moved to Memphis from Nashville. They are a first-rate group of musicians, and Apollo is a young but gifted singer with a lot of future potential. I was especially impressed that he didn’t do strictly covers as so many Memphis singers do, but also some of his original compositions as well.