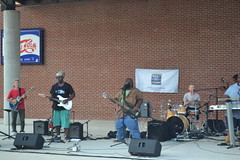 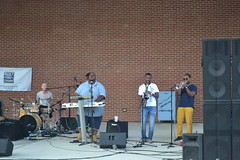 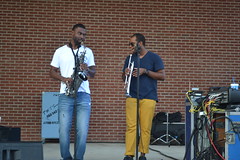 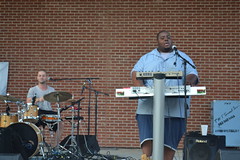 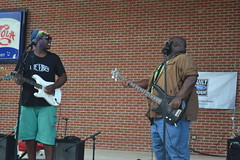 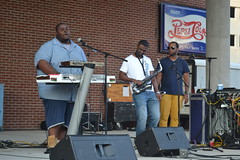 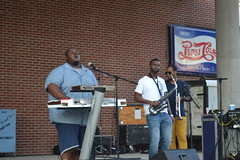 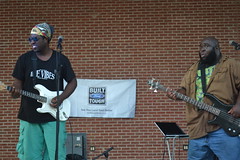 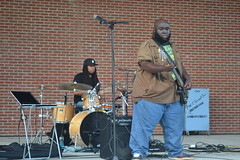 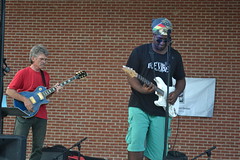 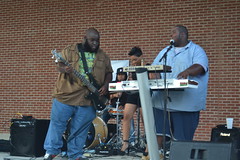 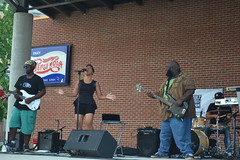 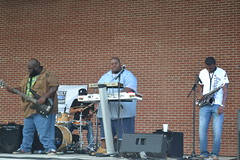 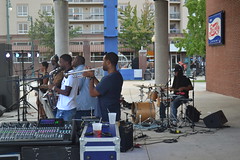 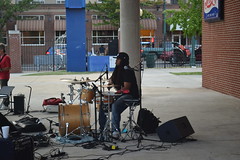 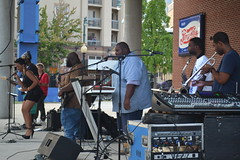 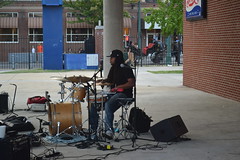 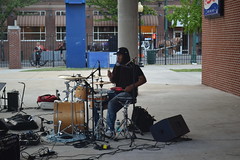 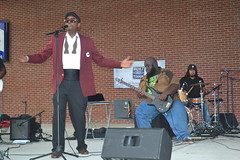 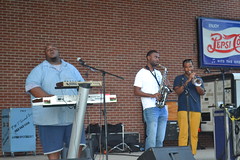 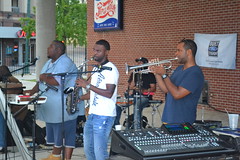 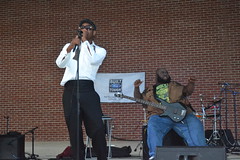 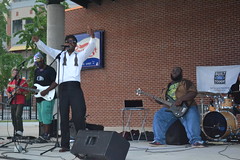 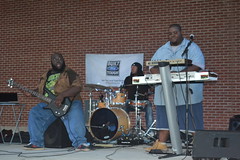 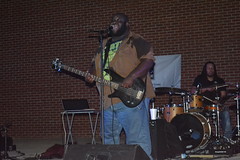 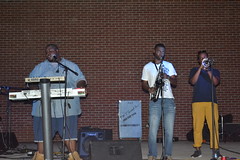 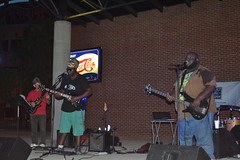 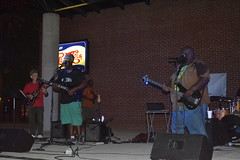 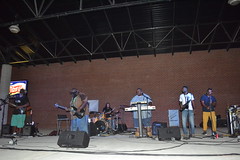 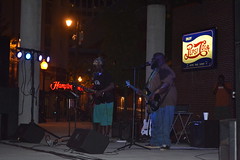 There’s not a great deal of reggae activity in Memphis (perhaps because our city has very few Caribbean residents), but we do have one really good reggae and dub band known as the Chinese Connection Dub Embassy, so when I saw that they were playing on the outdoor stage at Handy Park downtown on August 15th, I called my homeboy Otis Logan and he and I went down to check them out. Early in their show, they provided the backing for former American Idol participant Lil Rounds and for the rapper C Beyohn, but it was on their own set of songs that I was most impressed. After an original opening, they launched into a reading of the Dramatics classic “Whatcha See Is Whatcha Get’, followed by a ska classic instrumental known as “Rockfort Rock”, and finally with the timely political original “Tyrant”, which the lead singer skillfully connected to the recent police shooting of Michael Brown and the militarized police response to peaceful protesters in Ferguson, Missouri. Despite that somewhat grim reminder, the vibe of the evening was good times and good fun.