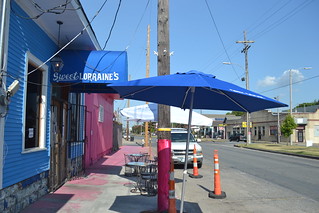 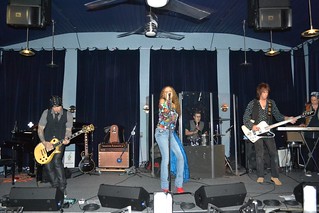 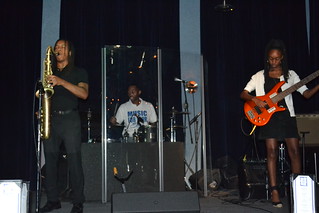 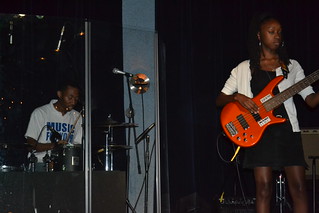 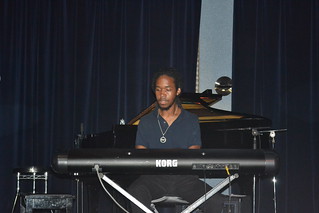 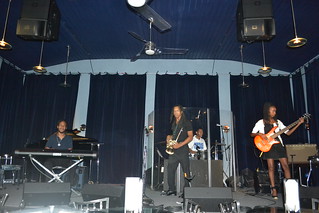 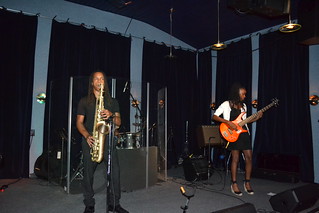 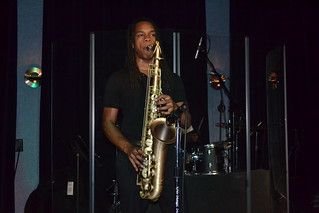 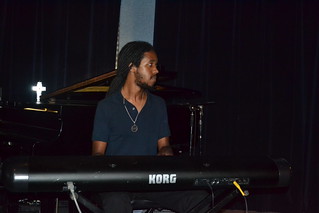 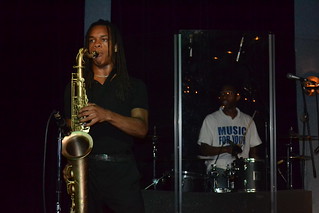 While the Cutting Edge NOLA hip-hop showcase was going on at Cafe Istanbul, a music industry mixer and showcase was also going on a few blocks away at Sweet Lorraine’s Jazz Club, so I stopped by there after I left the Istanbul. The next band to go on stage after I arrived was led by a young drummer named Jamal Batiste, whom I had seen play a couple of years ago with trumpeter Irvin Mayfield and percussionist Bill Summers’ at Mayfield’s second jazz club at the W Hotel. His band this year included members of the Yisrael Trio, a really talented contemporary jazz group that I had seen during last year’s Cutting Edge when they played at a club called Mojitos. Not surprisingly, this group sounded really good indeed. But I had intended to drive further up to Louis Armstrong Park, because the New Orleans South African Connection (NOSACONN) was supposed to be sponsoring some sort of second-line from the park to Sweet Lorraine’s, and I had originally planned to park the car and get it in. But it was outrageously hot, and when I neared the park, I saw that the second-line had only a few musicians and buckjumpers, maybe about 10 in all. So I decided to go uptown and grab dinner instead, and then maybe head to something called the Mid-Summer Mardi Gras that was listed in the event calendars.