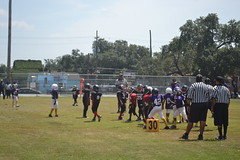 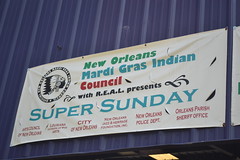 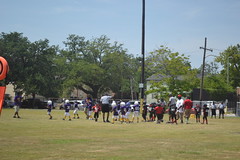 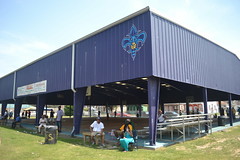 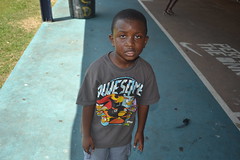 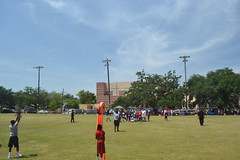 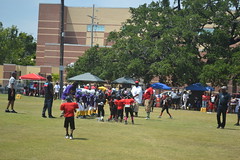 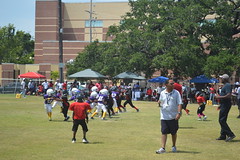 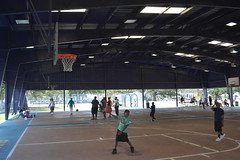 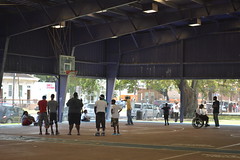 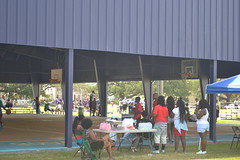 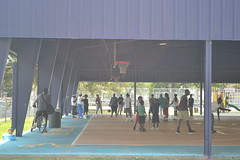 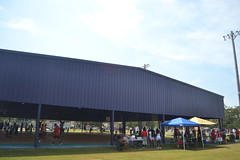 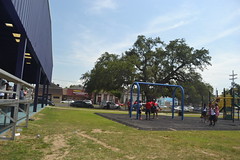 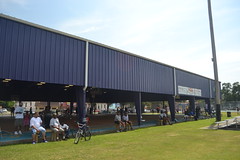 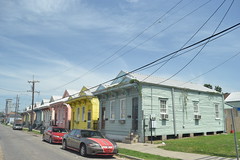 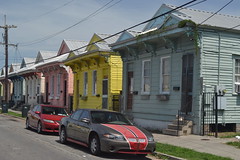 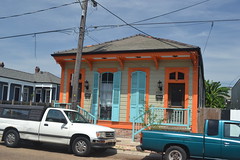 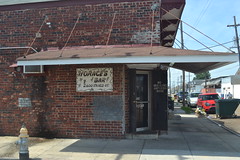 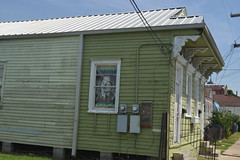 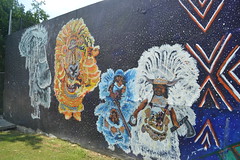 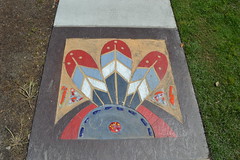 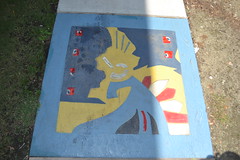 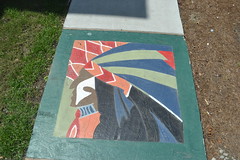 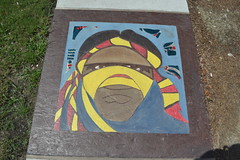 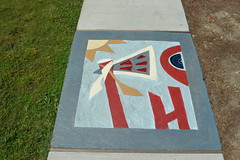 When I had first arrived in New Orleans on Wednesday night at Celebration Hall, there were rumors about a second-line being held on the following Sunday. Ultimately, they proved to not be true, but the second-line activist Big Red Cotton sent me a Facebook message that indicated that there would be a Stop The Violence Picnic uptown at A. L. Davis Park sponsored by the Kings of Kings Social Aid and Pleasure Club, and that brass bands would likely appear. So after breakfast, I headed out to A. L. Davis Park, formerly Shakespeare Park, which is the scene of the annual Uptown Super Sunday at which the Black Indian tribes appear. I found that there was a picnic going on, with basketball under the pavilion, youth football games in progress, and a DJ, but no brass bands, perhaps because there was also a heat emergency, and the temperature was near 100 degrees outside. Still, some little kids were having fun playing football and basketball, or watching the others, and the event called attention to the problems New Orleans has been having this summer with street violence.