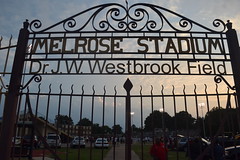 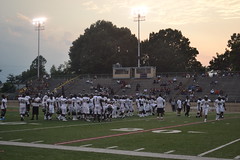 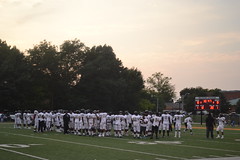 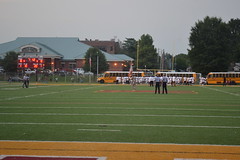 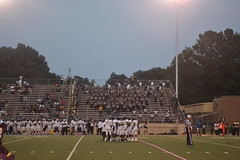 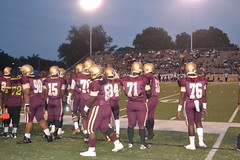 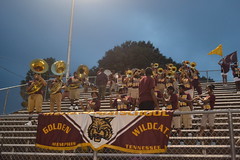 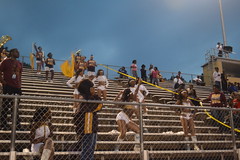 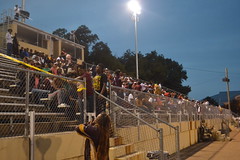 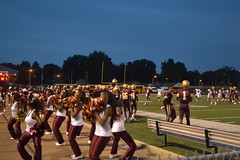 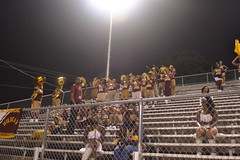 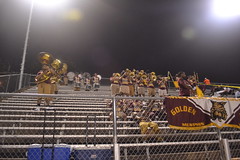 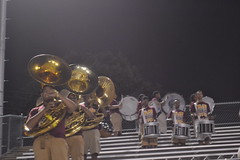 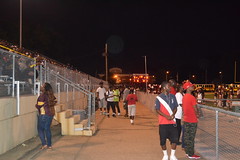 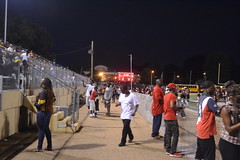 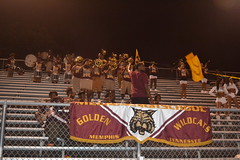 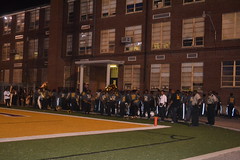 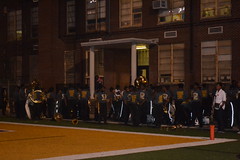 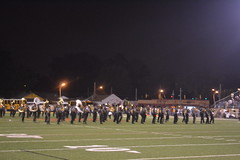 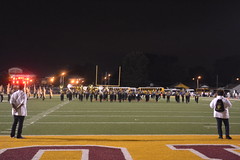 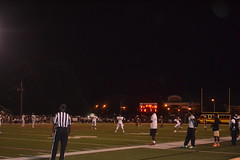 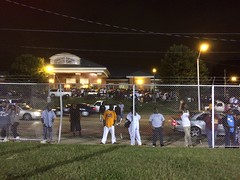 Despite Memphis’ well-deserved basketball reputation, Memphis is also traditionally a strong football town, particularly at the prep level. People turn out to see both the ball game, and also the battle between the bands and drumlins as well, and certain stadiums are historic locations for Memphis Black high school football, such as Booker T. Washington Stadium in South Memphis or Melrose Stadium in the center of Orange Mound. On Friday, September 19, 2014, I went out to the latter stadium to see the game between Whitehaven High School and the Melrose High School Golden Wildcats. Both schools brought their marching bands to the game, which isn’t always the case in Memphis these days, but Melrose seems to have declined in numbers in recent years, and its band, though it sounded good, was far smaller than I remembered in the past. Whitehaven, on the other hand, is one of the city’s premier high schools, academically, athletically and musically. Its band marches more than 100 members, and looks and sounds better than many colleges. The football game was a runaway for Whitehaven, but the band battle was more evenly matched, although I would have to give Whitehaven the advantage there too. Both bands pleased the crowd by playing a number of current hits, including Memphian Snootie Wild’s “Yayo”.