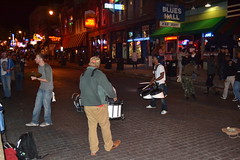 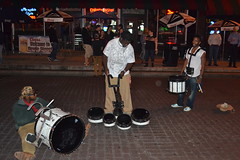 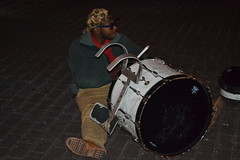 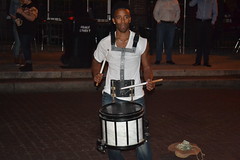 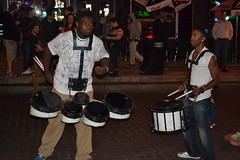 When Memphis rapper Tune C and I headed downtown for the album release party for Frayser Boy’s new album Not No Moe, we heard a drumline playing on Beale Street. There had been a Grizzlies game in the FedEx Forum, so at first I thought it was the Grizzline drummers, but the beats they were playing didn’t quite sound right for that. As it turned out, it was just a random line of local youths, playing a very funky series of cadences indeed. Such drumlines had been common on Beale during its first ten years or so, when there were no barricades or ID checks, and buskers were common along the street, but this was the first time I had seen such drummers on Beale in nearly 20 years. It felt (and sounded) good.