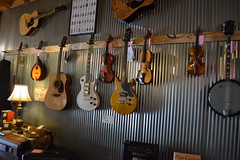 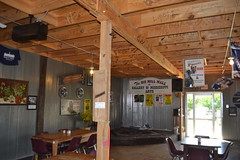 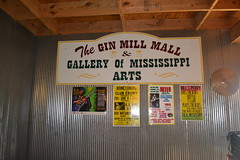 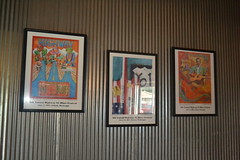 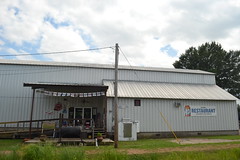 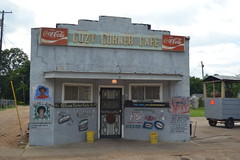 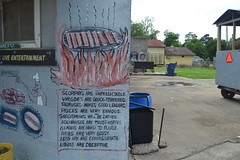 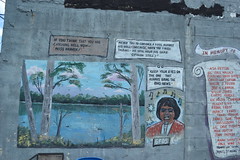 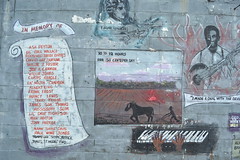 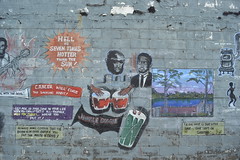 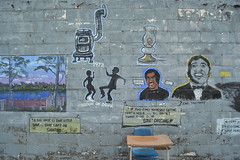 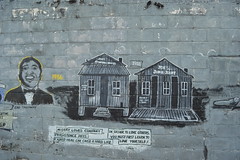 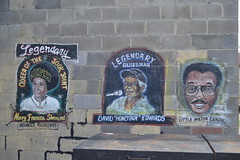 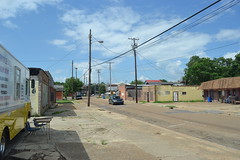 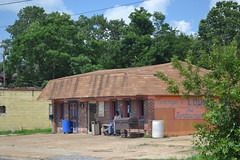 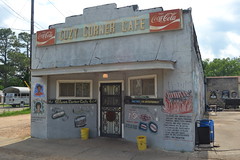 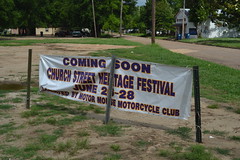 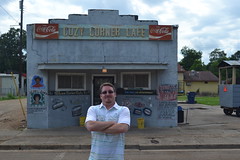 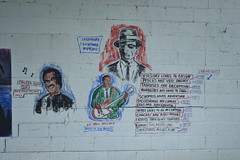 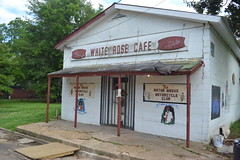 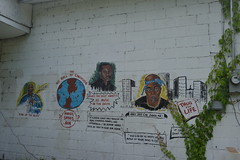 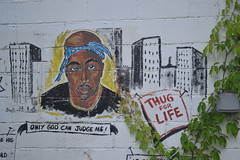 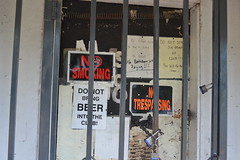 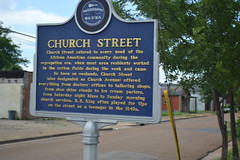 Our whole goal for the afternoon had been to make it to Indianola for lunch, but we were in for a disappointment, because when we got there, we found that the Blue Biscuit, where we had intended to eat, was not open for lunch on Wednesdays. So we went across the street to the Gin Mill Grill instead, and then over to Church Street, which was the traditional street for juke joints in Indianola. We found that the walls of the Blues Corner Cafe (or Cozy Corner Cafe) were painted with interesting murals full of wit, wisdom and portraits of Delta life and blues legends. The murals were also found on the adjacent White Rose Cafe, which is now the Motor Mouse Motorcycle Club, and even included a 2Pac portrait with the words “Thug Life” and “Only God Can Judge Me.” A banner in a nearby vacant lot promoted the Church Street Festival, which is being held on Saturday June 28th, as a way of celebrating the historic Black neighborhood’s legacy. The event is being organized by Charles McLaurin, a former Student Non-Violent Coordinating Committee (SNCC) and COFO leader, and perhaps not coincidentally will take place during the 50th Anniversary of the Mississippi Summer Project.