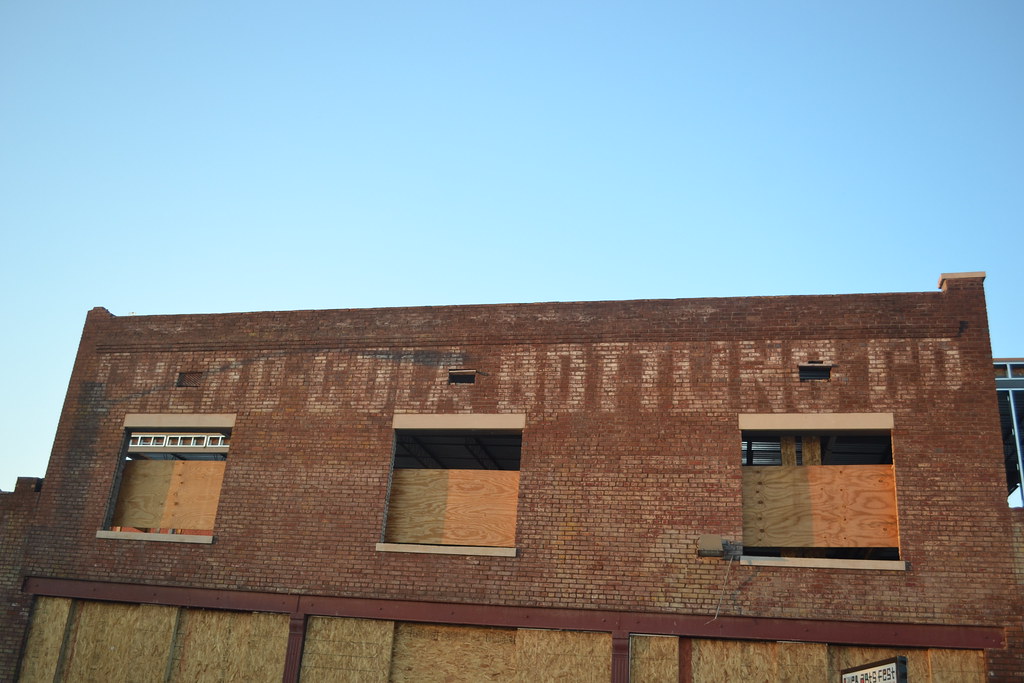 One of the cooler things about building renovations is that sometimes they uncover pieces of history, such as old plaques or advertising signs. Such was the case with the building being converted into residences next to the Webster Avenue Stage in Memphis’ River Arts Fest. I had been standing beside it for a couple of hours or so, and hadn’t noticed anything about it, but when the afternoon sun hit it a certain way, I could clearly make out an old sign: “Chero-Cola Bottling Company.” What on earth was Chero-Cola, I wondered? As it turns out, Chero-Cola, founded by a grocery store owner in Columbus, Georgia in 1915 was the predecessor to the far better-known Royal Crown Cola, or RC, the beverage that went with a moon pie in the Southern past. The founder was trying to find a replacement for Atlanta-based Coca Cola when the Columbus distributor for the latter refused to give him a volume discount he felt he deserved. Although the first Royal Crown beverages appeared earlier (a ginger ale and a root beer), Chero-Cola (did it perhaps include cherry flavoring in the formula?) first appeared in 1915, and only lasted through about 1921, when a court ruled that the designation “cola” could only be used by Chero-Cola’s famous competitor, Coke. Without being able to designate their signature drink as a cola, sales flagged, and the company was renamed from Chero-Cola to Nehi. By the time it introduced a new cola formula in 1933, the name had been changed again to Royal Crown or RC. A court in 1944 overturned the old 1921 decision, and RC’s became officially “colas” again. But the coolest thing is that the relatively-short time that Chero-Cola existed helps us place the Memphis building in time between the years 1915 and 1921. A really cool discovery indeed!