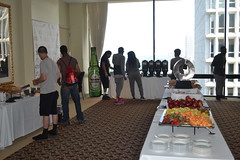 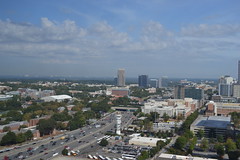 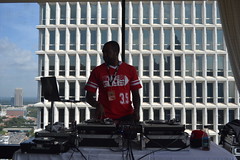 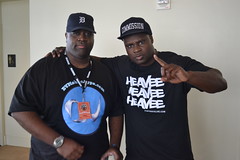 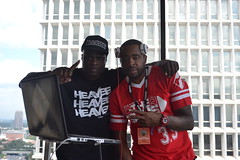 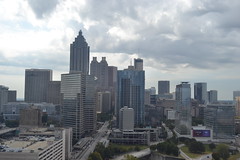 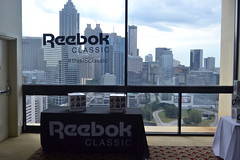 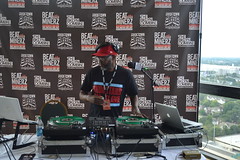 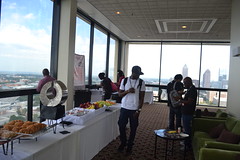 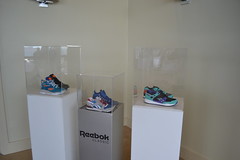 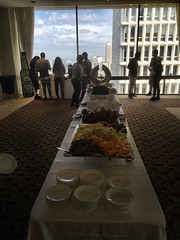 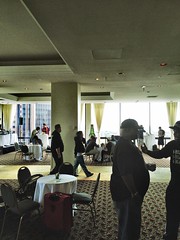 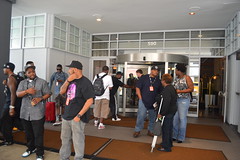 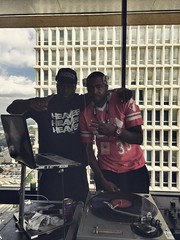 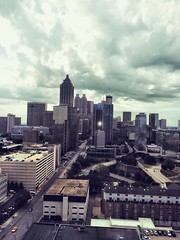 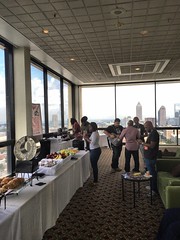 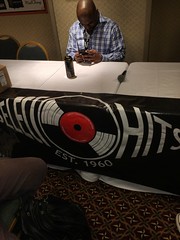 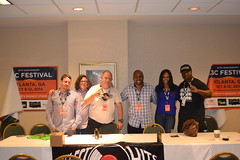 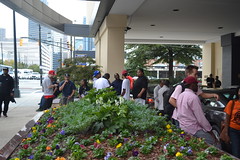 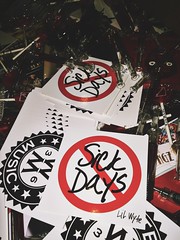 I had heard that the second day of A3C would be kicked off with a VIP Brunch which would be open to panelists, so I texted my homeboy Fort Knox about it, and headed down to the Crowne Plaza Hotel, where the event was being held. The brunch was on the 25th floor, but proved to be not so much a brunch, but just a table of fruit, danishes, bagels, coffee and juice. However, the view from there was beautiful, and DJ Tephlon was spinning on the north side of the room. On the south side were some exhibits, including a display of new Reebok shoes, and a Microsoft gaming exhibit, and Beatminerz Radio was providing the music on that side.
Since there was very little actual food at the brunch, my fellow panelist Travis McFetridge from Great South Bay Music and I headed out north to Buttermilk Kitchen for a very late brunch that was really good, and then back to the hotel for our “Negotiating the New Music Industry” panel, featuring him, Fort Knox, Big Tah, Latisha “Ms. NuNu” Manigault, attorney Andrew Krems and myself. The panel, which was intended to give artists strategies for coping with lost revenue from the decline in music sales was literally so crowded that nobody else could enter the room. Several people told me that they considered it a success, so I was pleased with the outcome.