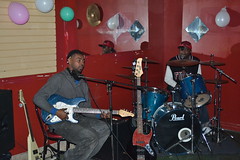 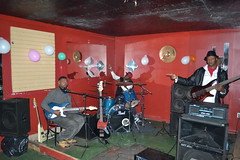 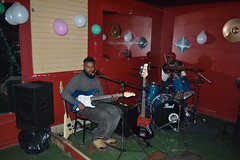 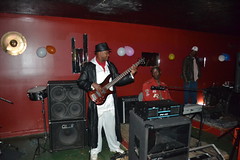 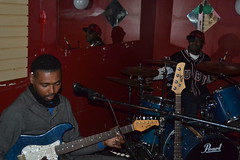 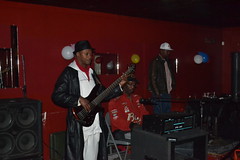 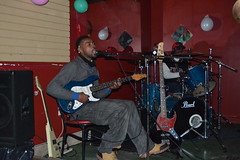 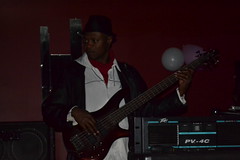 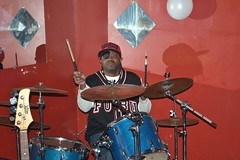 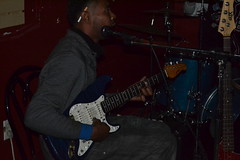 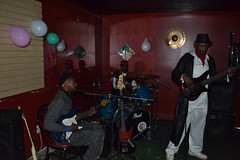 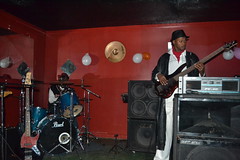 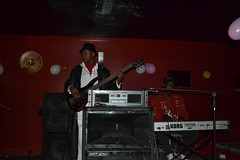 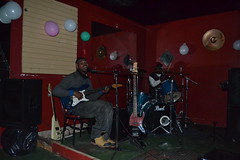 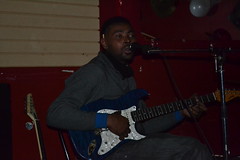 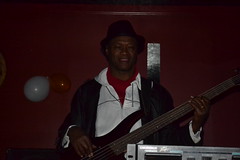 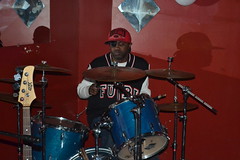 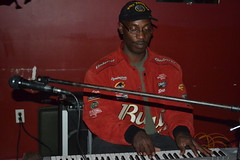 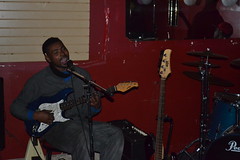 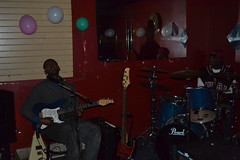 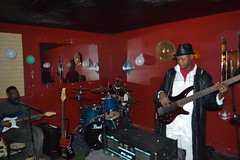 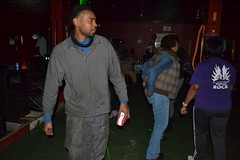 I had been at Duwayne Burnside’s birthday event at the Blues Shack earlier in the evening, and he had mentioned that drummer Kent Kimbrough was also having a birthday party at Junior’s Juke Joint #2 in Holly Springs, so when Duwayne’s event seemed to be calming down, I drove back to Holly Springs to check out the other event. Junior’s Juke Joint was clearly packed to the rafters, and I had trouble finding a place to park. A rather loud argument was going on in the parking lot when I arrived, but I went on inside, where a DJ was spinning blues and southern soul. At one point, a singer named Benny Moore got up to perform, and the club’s house band, known as the Holly Springs Rhythm Section, backed him up. Although I had not heard of him before, he was a decent singer. After his performance, with the DJ providing the music, a woman who said she was one of the late R. L. Burnside’s daughters pulled me onto the dance floor. I’m not a dancer by any means, but it was fun anyway.


On Sunday, July 21st, I was driving back from Atlanta to Memphis, and while I stopped at O’Henry’s Coffee in Homewood, Alabama for a latte, I saw on my phone that blues great Duwayne Burnside would be playing at Foxfire Ranch,a large outdoor venue at Waterford, Mississippi in Marshall County. So I called my homeboy Mike Suggs, who lives in Marshall County and asked him if he wanted to meet me there and he said he would. Actually, the Foxfire Ranch has blues every Sunday night during the summer months, and I was surprised at the extent of the crowd. And although this was very much Duwayne’s show, everyone who is anyone in Hill County blues just about showed up, including Shannon McNally, Kenny and Sarah Brown (organizers of the North Mississippi Hill Country Picnic), Little Joe Ayers and Kinny Kimbrough. It was a night of great music and great fun.

California native Markus James has spent a lot of time studying the music of Mali, and these influences are apparent in his work with Kinny Kimbrough at the Beale Street Music Festival in Memphis, 5/3/13