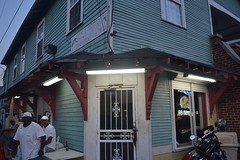 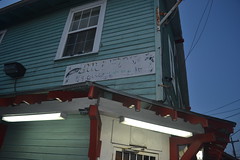 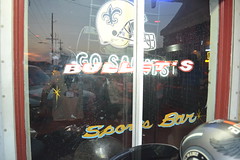 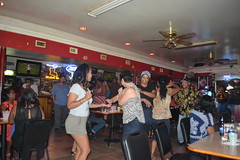 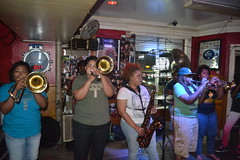 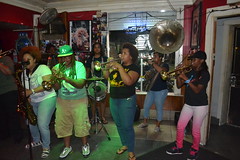 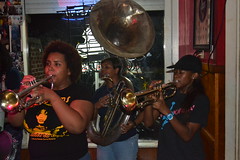 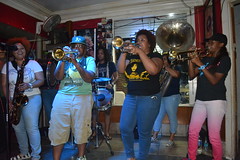 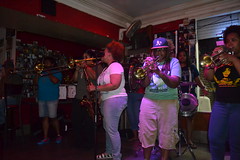 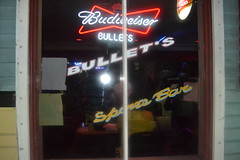 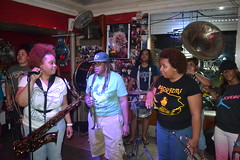 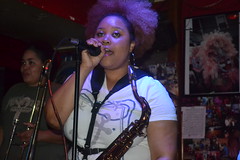 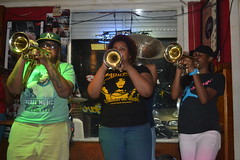 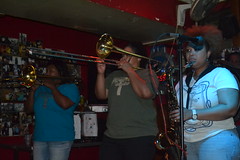 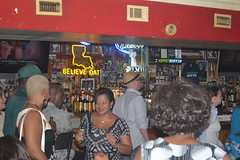 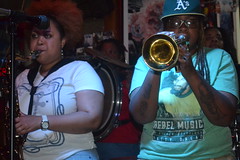 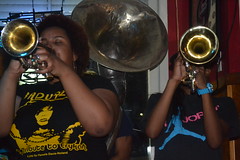 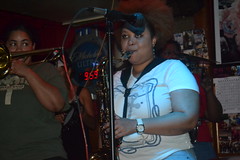 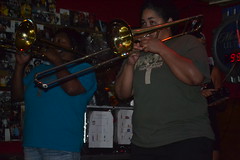 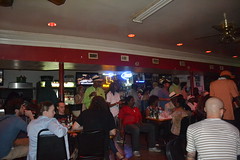 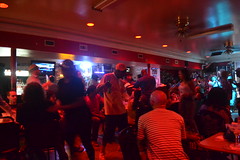 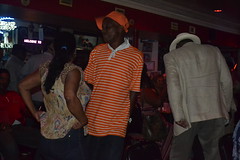 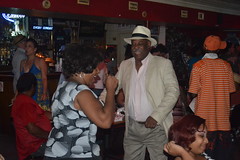 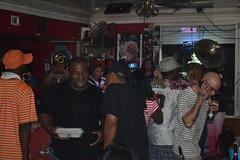 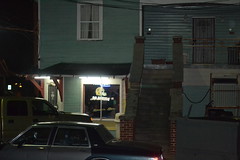 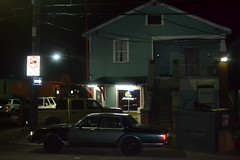 After dinner, I drove over to the Seventh Ward, to a neighborhood sports bar called Bullet’s, where the all-girl Pinettes Brass Band has a weekly gig on Friday nights. The Pinettes won last year’s Red Bull Brass Band competition in New Orleans, and gets a lot of attention, as female brass band members are the exception rather than the rule. Bullet’s is the kind of neighborhood joint that you would miss if you weren’t looking for it, but I should have noticed the oil drum cooker out in front of it, which is a common site at New Orleans community bars. Inside was already packed, with an NFL preseason game on the big screen, but one by one the Pinette musicians arrived, and soon the club was rocking. The Pinettes are a decent brass band, with good arrangements, and a loyal following that soon filled the dance floor. While they played a lot of tunes unique to them, they also played some songs I recognized from the TBC, like “When Somebody Loves You Back” and Deniece Williams’ “Cause You Love Me Baby”, which I have never heard outside of New Orleans, but which is immensely popular there. After a brief intermission, the Pinettes played a rousing second set, and then everything wound to a close at midnight. By that point, cars filled the median on A. P. Tureaud.