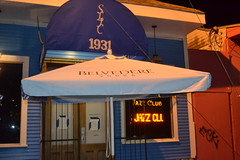 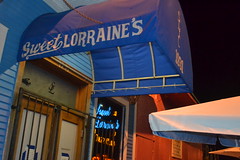 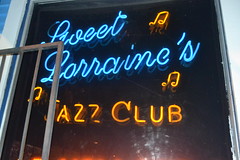 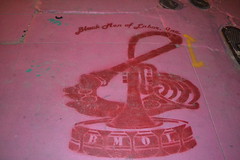 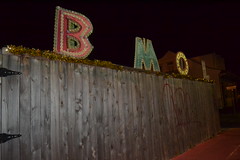 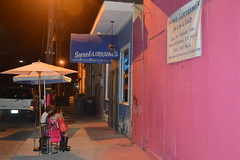 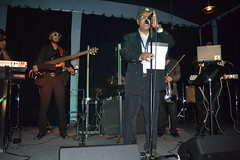 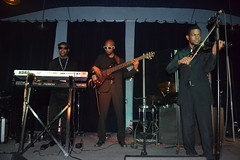 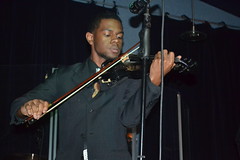 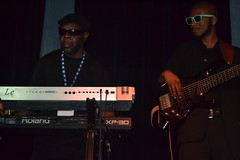 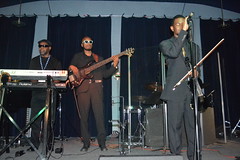 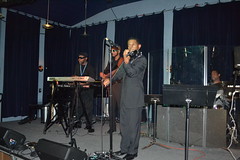 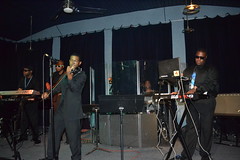 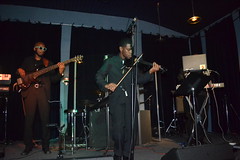 My first stop was at the jazz showcase of Cutting Edge NOLA, which was going on at Sweet Lorraine’s Jazz Club on North Claiborne Avenue, a neighborhood venue that also serves as headquarters for the social aid and pleasure club known as the Black Men of Labor, whose logo is prominently displayed on the premises. Though not as well known as the city’s other jazz club, Snug Harbor, Sweet Lorraine’s proved to be a beautiful and spacious club for live music, with a large stage and a beautiful grand piano. The band that was performing was that of Jairus Daigle from Lake Charles, a young jazz violinist with two albums under his belt already who is about to head to the Berklee School of Music in Boston this fall. Many of his band members are family members, as the Daigle family name is well-known in Lake Charles for jazz, soul and funk. Although the jazz style Jairus performed was fusion and contemporary jazz rather than traditional, straight ahead jazz, I was still very impressed by the young man’s facile mastery of the violin.