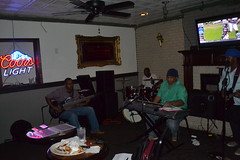 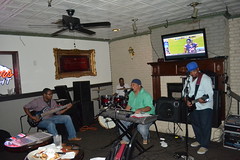 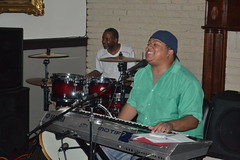 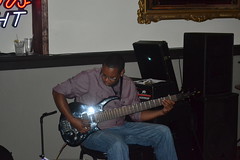 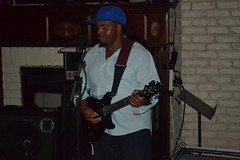 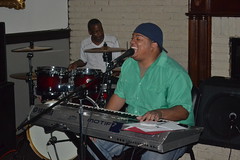 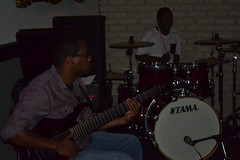 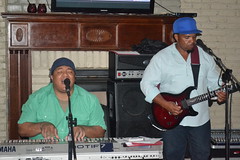 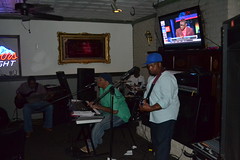 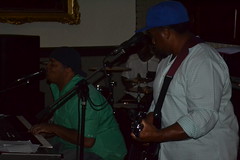 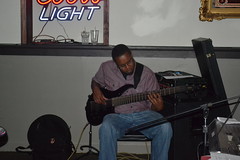 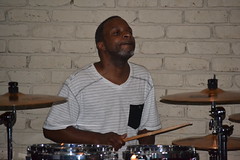 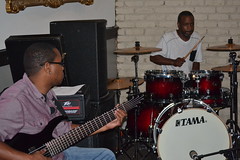 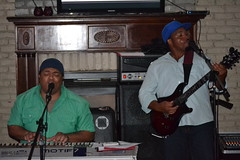 My bass-playing friend Monte Butts had asked me to come down to Tupelo and play a gig with him at the Linc Center, and when the gig was over at 9:30, I didn’t just feel like turning around and driving back to Memphis. So I used my Hangtime app on my phone, and saw where a band called the House of Funk was playing at Woody’s Steakhouse on Gloster Street. I had always thought of Woody’s as an upscale steakhouse, and not the sort of place to book a band with a name like House of Funk. But I dutifully headed over there anyway, and discovered that far in the back of Woody’s is a place called the Captain’s Den Lounge, with a stage area for bands, and there the House of Funk was, playing a delightful mix of soul and rhythm and blues, with a room full of their fans in the bar. They took an intermission, but only a brief one, and soon returned with a fiery latin instrumental, and then performed a couple of vocal originals that were actually really great songs. I was actually disappointed when their performance ended for the night.