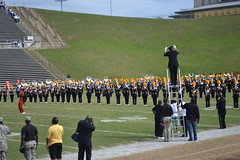 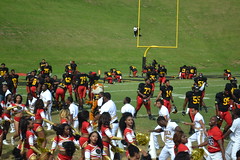 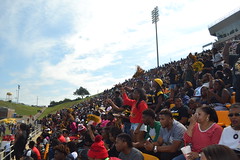 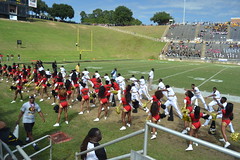 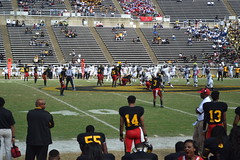 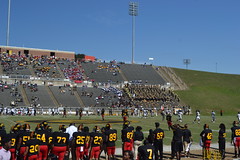 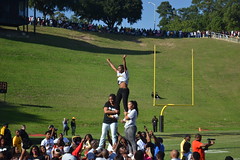 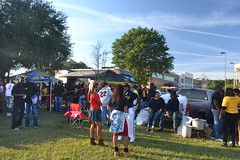 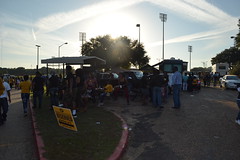 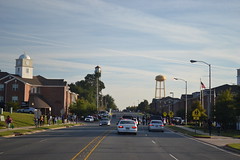 One of the awesome things about Black college football is that the football battle on the field is matched by a battle between the two bands in the stands. This is especially true when the bands are two of the best in the Southwestern Athletic Conference (SWAC), such as Grambling’s World-Famed Marching Band and Pine Bluff’s Marching Musical Machine of the Mid-South. Not only did the bands battle back and forth during the course of the afternoon, but the various instrumental sections did as well, particularly Grambling’s Chocolate Thunder drumline and Pine Bluff’s K.R.A.N.K. drumline. The weather was beautiful as well, and Grambling’s much-improved football team had no trouble demolishing Pine Bluff, no small feat considering that last year’s Grambling team did not win a game.