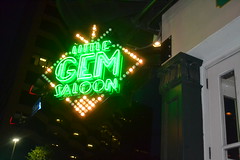 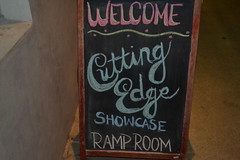 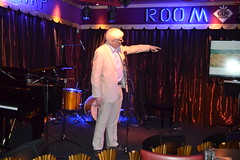 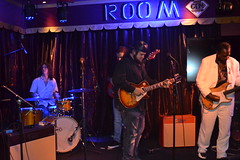 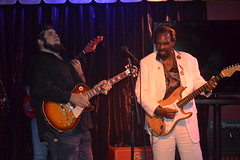 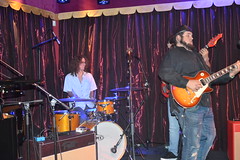 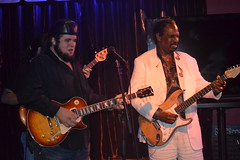 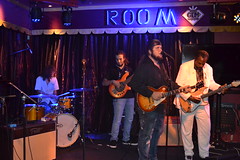 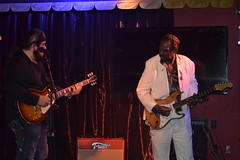 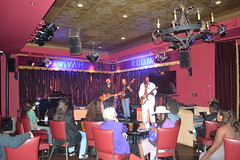 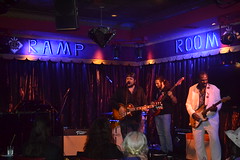 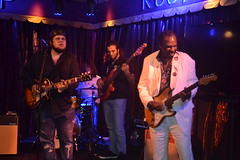 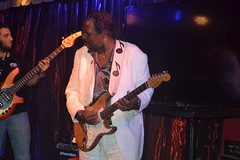 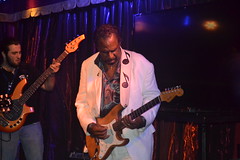 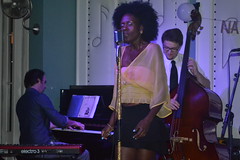 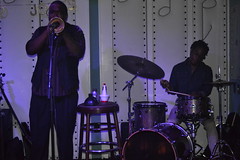 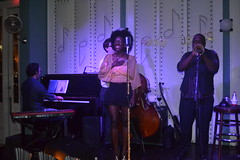 The kickoff party for this year’s Cutting Edge NOLA Music Business Conference took place in the upstairs Ramp Room of the Little Gem Saloon at South Rampart and Poydras in the CBD of New Orleans. After a historical presentation about New Orleans’ community radio station WWOZ, there was a guitar summit sponsored by T-watt amplifiers, co-hosted by blues guitarists Jonathan “Boogie” Davenport and Guitar Slim Jr. Downstairs in the restaurant, a straight ahead jazz trio was playing, featuring the vocalist Nayo Jones. But Cutting Edge showcases were also going on at other venues in the city simultaneously, so after hanging out at the Little Gem for about an hour, I decided to head to other venues.

New Orleans’ Louis Armstrong Park was rarely open prior to Hurricane Katrina, and has been pretty much closed since, so this year’s Thursday Jazz in the Park concerts sponsored by the People United for Armstrong Park have been a welcome opportunity to experience the park and to enjoy New Orleans’ musical heritage on the historic ground of Congo Square where it was arguably born. Thursday May 23rd’s line-up was the Hot 8 Brass Band and Donald Harrison Jr, and while I missed the Hot 8 performance due to the Lake Pontchartrain Causeway being closed, I managed to get to the park in time for Donald Harrison Jr.’s performance with his Congo Square Nation tribe. Harrison is a jazz saxophonist and New Orleans native, the son of a chief in the city’s Black Indian masking tradition, and a musician starting to become fairly well-known due to the television series Treme. Starting out as a traditionalist in the post-bop jazz style, he has begun to fuse jazz with soul and R & B, and he has also begun to incorporate the traditions of Mardi Gras and Black Indian music. I was amazed to see the large crowd that had gathered in Armstrong Park for the performance, as well as the large number of food and craft vendors throughout the park. Halfway through his performance, Harrison brought out members of his Congo Square Nation in their elaborately beaded costumes that can take over a year to make and cost thousands of dollars. Such “Indian suits” used to not be seen after St. Joseph’s Night, but now they can occasionally be seen at music performances in New Orleans year round. I also noticed that Harrison’s percussionist was none other than the legendary Bill Summers of the New Orleans-Latin fusion group Los Hombres Calientes.
While the music and fun in the park were first-rate, sadly the same cannot be said for the park itself. The first thing I noticed upon entering was a worn and dilapidated complex of wooden buildings that looked like ruins of a failed amusement park. A sign in a window identified part of the complex as the former studios of New Orleans’ great community radio station WWOZ. One would think that the buildings could be restored and put to good use, or else torn down. Their presence in the park adds to the image of a park that is rarely used and which has never lived up to its potential. However the Jazz in the Park concert series seems a step in the right direction.
Widgets