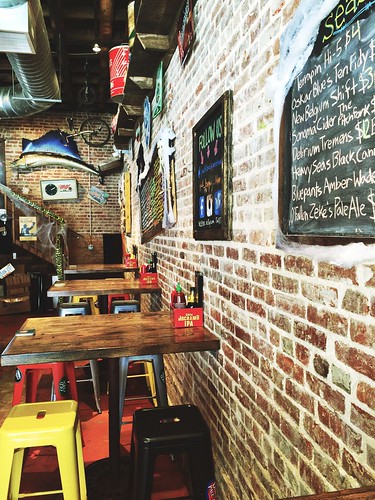 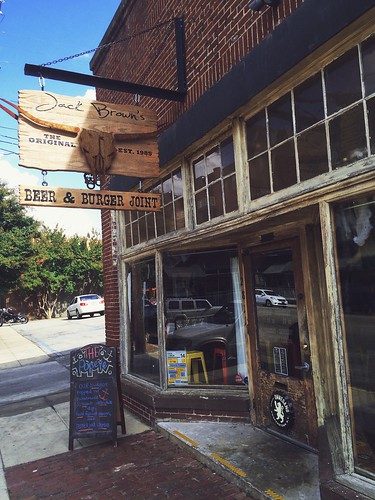 Over the last several years, a growing trend toward gourmet hamburgers has spread from America’s largest metropolitan areas to smaller cities and towns nationwide, but the trend largely missed Birmingham, Alabama, with just one gourmet burger bar opening over the last few years. But this summer has seen the opening of a new place in the Lakeview neighborhood called Jack Brown’s Beer and Burger Joint, the first foray out of Virginia for the Harrisonburg-based chain. I had occasion to try it on my way through Birmingham last week en route to the A3C Hip-Hop Conference in Atlanta, and I was quite impressed. The menu is rather simple, actually, a number of designer hamburgers, french fries, and beers. The burgers are made with wagyu beef, and I chose one with barbecue sauce, bacon and cheese, that was absolutely delicious, if a little small. The french fries were golden brown, crispy and plentiful. And there was a very unusual and tempting dessert- a fried oreo cookie, which proved to be something like a beignet with an oreo cookie inside. Prices were reasonable, and the atmosphere cheerful, in a dive bar sort of way. Jack Brown’s will definitely be my go-to on future trips to Birmingham, and they’re on their way to Nashville as well.