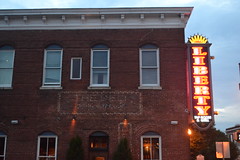 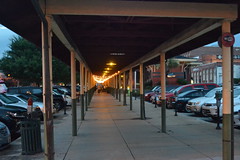 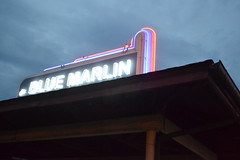 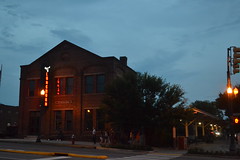 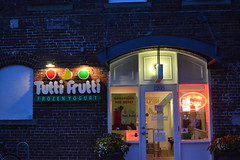 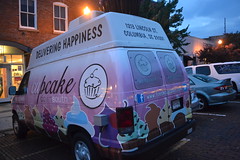 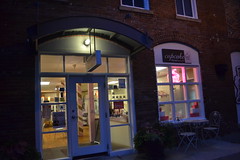 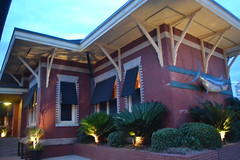 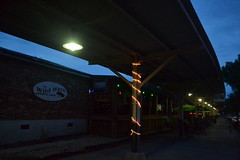 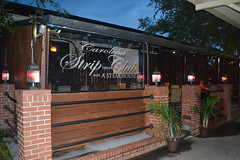 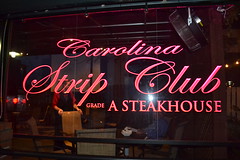 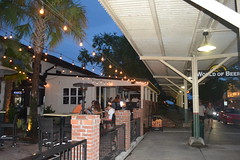 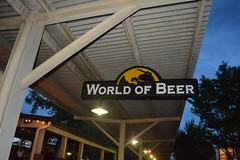 On Friday June 27, I flew into Columbia, South Carolina to be a panelist at the Vocalis Music Industry Conference which was being held over the weekend. With no conference activities scheduled for the the Friday night, I headed downtown to the city’s entertainment district called the Vista. Unlike Memphis’ Beale Street, the Vista District is a large neighborhood, about three blocks wide and perhaps six blocks long along the Broad River, and differs from other entertainment districts in that it has an equal number of restaurants, shops, bars and clubs. While there are certainly plenty of live music venues, and liquor is available, there are also plenty of ordinary, family-friendly restaurants, frozen yogurt and dessert shops and boutiques. The place is also extremely attractive, and has little of the rowdy, drunken behavior that other cities often have in their entertainment districts. I decided to eat dinner at the Liberty Tap House, as I remember enjoying it in Myrtle Beach some years ago, and I have to say that I was quite pleased. 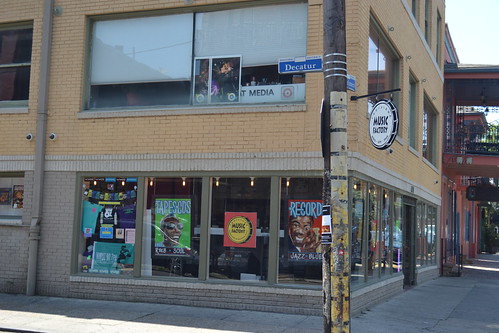 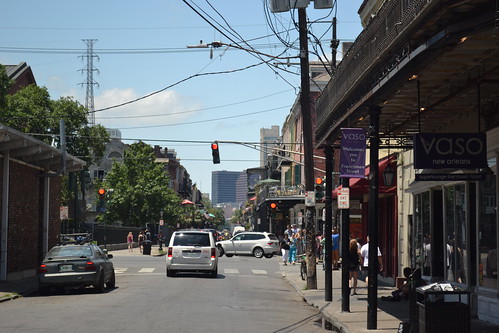 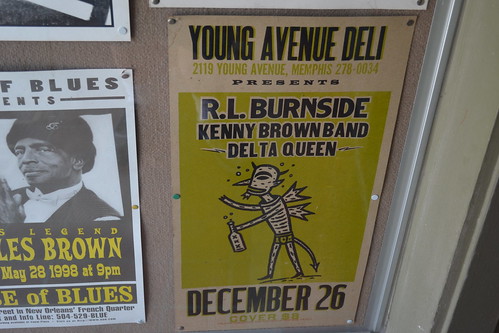 Since the last time I had been in New Orleans, the great Louisiana Music Factory record store had moved from their longtime location on Decatur Street to new digs on the ground level of the building where Offbeat Magazine is headquartered at the foot of Frenchmen Street. While the new location is smaller (there’s no upstairs), there’s still plenty of selection. I can usually expect to spend about $100 in this store, and this trip was no exception. While vinyl and CD’s are the main attractions, don’t overlook the amazing book department, which is for the most part restricted to books about music or books about New Orleans (I’m especially partial to books that are about both). There’s also a fairly decent selection of DVD’s (mostly about Louisiana), some T-shirts, and an assortment of concert poster replicas. Don’t miss it.


Although I was in St. Louis for a Recording Academy event, the event wasn’t until the evening, so I had the better part of the day to go around to local book stores and record stores, and St. Louis is really a dream come true to anyone who collects books or records. As the day progressed, I made my way around to Left Bank Books, the Book House, STL Books, Vintage Vinyl and Euclid Records, the last of which was only a couple of doors down from where our event was being held.

There are cities larger than Lafayette, Louisiana that don’t really have a decent sneaker boutique, but fortunately Lafayette has one of the South’s best, a store with the unlikely name of Politics. Politics has the T-shirt lines you would expect, like The Hundreds and 10 Deep, and shoes for any color scheme, but they also have lots of local mix CD’s, many of which are free for the asking. From their base in Lafayette, Politics has now branched out to New Orleans and Baton Rouge, and is planning a different kind of more upscale clothing store in Lafayette as well. Politics is definitely worth a visit anytime you’re in Louisiana.


Going the I-10 route through Houston as I did meant that I didn’t get into Austin until 4 in the morning on Monday, so it was nearly noon when I woke up on the first day of my South By Southwest week. After a breakfast at Jim’s, I headed over to one of my favorite Austin neighborhoods to do some record and book shopping. The North Loop neighborhood is a small stretch of funky boutiques and shops with really cool things like vinyl records, vintage clothing and books. Monkeywrench Books is a cool, left-wing bookstore with a lot of books that aren’t available elsewhere, like the really cool book I found, Michael P. Jeffries’ Thug Life: Race, Gender and the Meaning of Hip-Hop. Down the street is Breakaway Records, arguably Austin’s best vinyl store, with an emphasis on 45-RPM vinyl singles, and fairly low prices. Breakaway also sells stereo equipment and accessories. In the same shopping center is Epoch Coffee, a great place to relax and chill after an hour of strenuous vinyl shopping. I’m not even sure what is in an Iced Mojo, but it is truly amazing.

The North Loop neighborhood is located along North Loop Boulevard between Lamar and Airport Boulevard in North Austin.


Recent years have not been kind to the retail music situation in Baton Rouge, so I was thrilled to learn of a new vinyl record shop called Lagniappe Records. It was fairly late on a Sunday evening when I got to Baton Rouge, and the store would have normally been closed, but someone answered the phone when I called, and agreed to let me in to browse and purchase records despite the lateness of the hour. Lagniappe is located in a charming house in an old neighborhood of Baton Rouge near downtown called Beauregard Town. The bulk of the music is on LP, mostly used and rare, but some new. There is a smaller selection of 45-RPM singles, and an even smaller selection of 78-RPM singles. Such CD’s as there are are mostly indie rock and local or regional bands. Lagniappe is definitely worth a visit when in Baton Rouge.


Since the sad demise of Mississippi’s venerable Be-Bop Records chain several years ago, the sole survivor as far as vinyl and indie rock has been Morning Bell Records, a vinyl-oriented store with a strong local selection that has operated in Fondren’s Duling Hall for the last couple of years. That space, while cool, was exceptionally small, and Morning Bell, like many of today’s better record stores, is a venue for live performance as well as retail music, so toward the end of 2013, it moved to new quarters on I-55 north just north of Northside Drive, not far from the old iconic Bebop Record Shop location. The new, roomier space has allowed for the addition of a cafe, which will feature coffee drinks, baked goods and panini sandwiches, and the larger room should be an asset when live concerts occur there. Other than the move, the bigger room and the addition of espresso drinks, nothing much has changed. Morning Bell is still as hip as ever, and demonstrated the point admirably by playing bluesman Leo Welch’s new album Sabougla Voices as I was walking in.


When I rolled through the Castleberry Hill neighborhood of Atlanta on Thanksgiving night, it was well after midnight and yet I noticed that the hip-hop clothing store Fly Kix was not only open but crowded, so I found a spot where I could park for free a few blocks away, and walked back to the shop. It turned out that Fly Kix was having a customer appreciation sale, with a lot of merchandise heavily discounted, and I found some T-shirts that I knew would make great Christmas gifts. The store was literally filled with people, and I met the young woman who owned the place, as well as Atlanta rap artist Money Makin Nique. Checking out ended up taking an hour of waiting in line due to the crowds of shoppers and significantly-deep discounts.

During the brief period between the end of the afternoon panel and the start of the evening panel, I rode over to the Plaza-Midwood neighborhood of Charlotte and walked around. Plaza-Midwood is home to several of Charlotte’s oldest restaurants, including The Diamond and The Penguin, and is also home to the Fresh Exclusive Sneaker Boutique and the Social Status hip-hop shop.

Times have been tough for record stores, but here and there, across America are some stores that are survivors. Randy Coleman, the owner of BJ Music in Greenville, South Carolina says that his store is one of the oldest stores in the state. On a Friday afternoon, people were coming in on their way home from work to pick up blues and gospel CD’s, but the big find for me was in the store’s massive collection of vinyl 45’s and LP’s. Since I was travelling to a conference in Charlotte and was due to speak at 6 PM, I browsed only sporadically, but I could have easily spent all day. Stores like this should be treasured.